Nuremberg & WWII Sites
All the Details 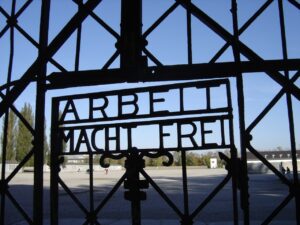 Guests interested in extending their visit to the Bavarian region of Germany have the opportunity to explore the sobering history of the rise of Nazism in Nuremberg. From bucolic Oberammergau, you will travel north to take a grim look into the past. Dachau Concentration Camp was the first of Nazi Germany’s camps and a model for the 3,000 work and concentration camps to come. A chilling memorial to the 206,000 prisoners who were interned in the camp from 1933 to 1945, the museum examines the documented lives of prisoners. Much of the site has been preserved, including the original wrought-iron entrance gate the inscription “Arbeit macht frei” and the tragic crematorium grounds. As we will see, the memorial stands as a vivid and stark reminder of man’s capacity for evil—lessons never to be forgotten.

After a traditional Bavarian lunch, you will return to the heart of Munich for an optional visit to the Munich Documentation Centre of the History of National Socialism. This museum, within a quick walking distance to The Charles Hotel, addresses the still relevant questions surrounding the rise of Hitler and the dangerous ideas of National Socialism.

This evening, dine wherever and with whomever you please. Recommendations for dining options will be available.

Known for both its medieval city walls and the birthplace of Nazism, Nuremberg’s Nazi Rally Grounds and National Socialism Documentation Centre stand as a reminder of the power of propaganda. The remains of the stadium held 400,000 spectators. To put this in perspectives, Madison Square Garden holds nearly 20,000 spectators, and Michigan Stadium—the largest in the U.S.—holds just over 100,000. You’ll also see the Zeppelinfeld, a grandstand that famously had the swastika blown off of it on film when the war ended in 1945. 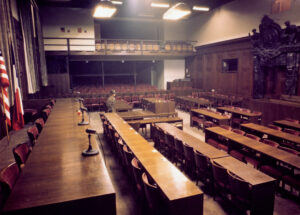 At the War Crimes Trial Museum, you can see the courtroom where war crime trials were held at the top floor of Nuremberg’s Palace of Justice. Post-World War II, Nazi leaders were forced to answer for their crimes before the International Military Tribunal in Courtroom 600. Between 1945 and 1946, 24 leaders of the Nazi party were tried for crimes against humanity. In the end, 10 were sentenced to hang on October 16, 1946. The Nuremberg Trials were significant for being held in the site of the birth of Nazism. The term “genocide” was used in court for the first time at these trials, and some of the party’s highest-ranking leaders were brought to justice. *Courtroom 600 is still an active courtroom and can only be viewed on days when court is not in session.

Return to The Charles Hotel for your final night of rest before returning home.

Detailed Inclusions for the Extension