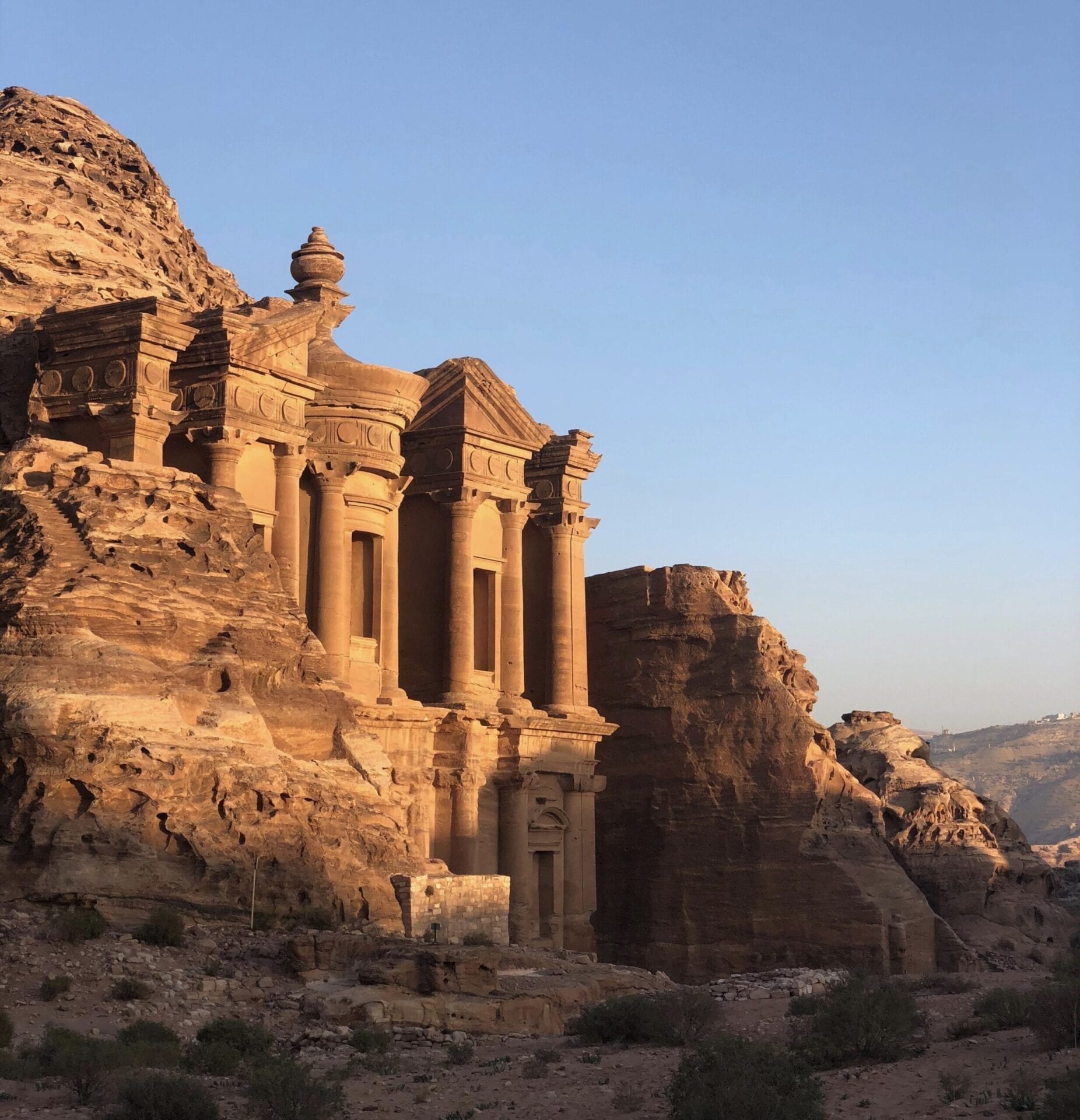 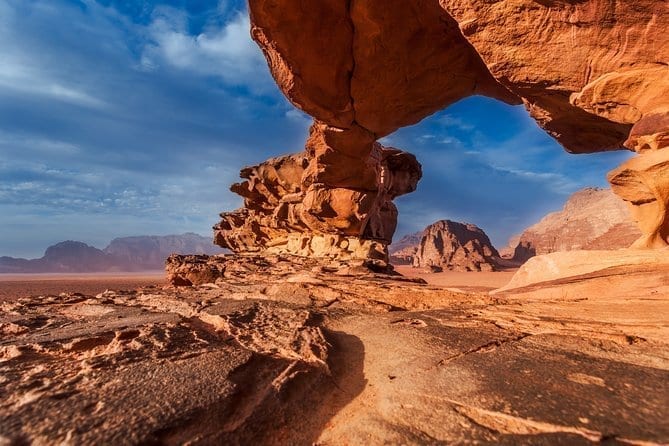 **This price INCLUDES your flight from Amman to Cairo for the start of the Core Itinerary.

Day 1 AMMAN
Upon arrival and after you have cleared customs and immigration, an AmaWaterways’ representative will meet you and transfer you to the 5-star St. Regis Amman, now an established landmark in Jordan's capital city.

Day 2 AMMAN – JERASH
Since Jordan was once part of the Roman Empire, it is home to a legacy of Roman architectural treasures. Begin your day with a visit to the old city of Amman – Jordan’s capital and largest city. Enjoy a guided a tour into the city of rolling hills and explore historical sites such as the Citadel and Roman Theatre. You’ll have lunch at Kan Zaman Castle, offering an atmospheric setting in a historic caravanserai. Afterwards, you’ll be taken to the extremely well preserved Jerash, dating back 6500 years, and considered one of the best examples of Roman influence in the Middle East outside of Italy. Then continue westward to Saladin's 12th century Arab castle, Qalaat al Rabad (Ajloun), one of the finest examples of military architecture. Breakfast and Lunch.

Day 3 MADABA & PETRA
This morning, head to Madaba, “The City of Mosaics,” known for its famous mosaics—beautiful reminders of the Byzantine era. Then, you’ll visit Mt. Nebo, one of the most revered sites in Jordan where Moses first viewed the Promised Land. Next, explore the ancient lost city of Petra where you’ll check into The Old Village Hotel and Resort, situated on the outskirts of Wadi Musa, overlooking the Shaharah Mountains, and home to the rose-red ruins of Petra. Breakfast and Lunch.

Day 4 PETRA
After breakfast, you’ll be off to the ancient ruins of Petra. You’ll visit the Siq, a nearly ¾-mile narrow passageway carved into sheer rock walls. While the Treasury is the most well-known ruin in Petra, it’s not the only one. You’ll also see the 4,000-spectator Theater, the Courts, Qasr Bint Pharaoun, Temple of the Winged Lion and other monuments. After your visit here, you’ll return to your hotel for dinner. Breakfast and Dinner.

Day 5 PETRA
With its red-pink sands, stunning natural arches and mountains, and prehistoric rock engravings, Wadi Rum, “Valley of the Moon,” is a romantic and timeless place. Then, it’s on to the Lawrence Springs named for T.E. Lawrence – “Lawrence of Arabia," for a jeep tour of this oasis. You’ll have lunch en route to Queen Alia International Airport for your included flight to Cairo. Breakfast and Lunch. 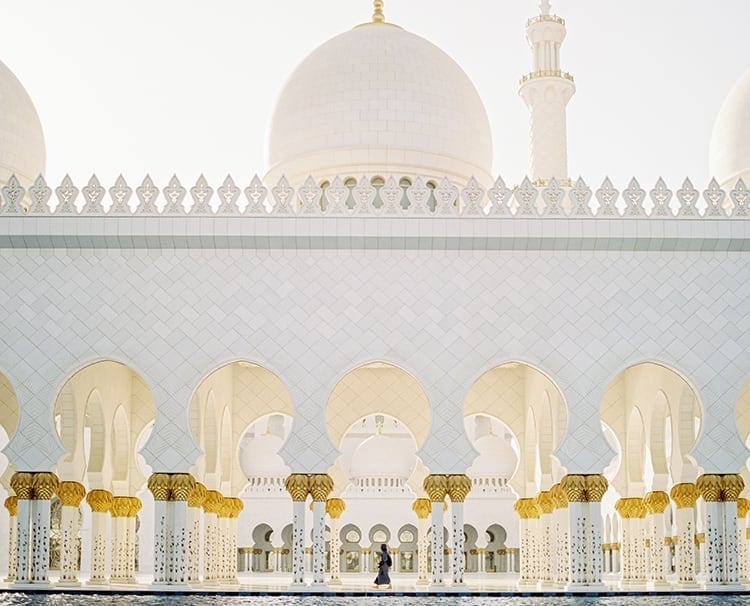 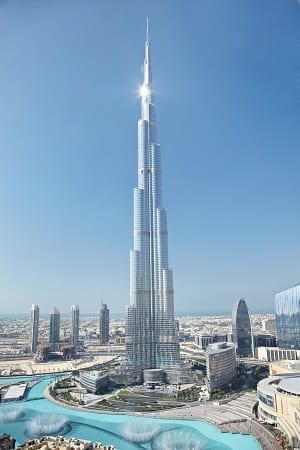 **Individuals can obtain better flight options and prices than group options, so the air from Dubai to Cairo is NOT INCLUDED in the cost of the prelude. Guests will need to make their own arrangements for flights from Dubai to Cairo on February 4, 2022. Transfer to the Dubai airport from the hotel is provided. Airport code for Dubai is DXB.

Day 1 DUBAI
Arrive at the Dubai International Airport where you’ll meet an AmaWaterways’ representative and transfer to the award-winning JW Marriott Marquis.

Day 2 DUBAI
Visit the Dubai Museum housed in the Al Fahidi Fort, which is the oldest existing building in the city, and a must-visit for a taste of old Dubai. Afterwards, you’ll drive through Al Fahidi historic district, commonly referred to as Al Bastakiya; and then enjoy a boat trip down the massive Dubai Water Canal past many of the city’s luxury hotels and landmarks. Next visit the Gold Souk, Dubai’s most famous and visited souk, offering a huge selection of jewelry made from gold, silver, diamonds as well as the Spice Souk, where countless flavors, fragrant herbs and colorful spices will greet you at every turn. You will then visit Burj Khalifa, the tallest building in the world. In the afternoon, enjoy a desert safari in a 4x4 where you’ll experience the beauty and customs of the desert, such as henna painting, belly dancing and more, followed by a barbecue dinner. Breakfast & Dinner

Day 3 DUBAI
Start the day with a visit to Zayed Grand Mosque, the biggest one in the country as well as being known for its grand chandeliers. After your visit here, you’ll drive past Emirates Palace and the sprawling Presidential Palace in Ras Al Akhdar with stops at each for photos. Then make your way to see Heritage Village, where you can shop, explore artifacts and watch artisans making pottery, blowing glass and weaving fabric on a loom. You’ll conclude your day’s adventure with a visit to Yas Marina, one of Abu Dabhi’s finest marinas, which includes dining, fitness and leisure facilities. Breakfast

Day 4 DEPART DUBAI
Check out of the hotel and transfer to the Dubai International Airport for your flight to Cairo. Breakfast